In particular, by deciphering how the genome reacts to food, we hope to be able to prescribe an adequate , specific and targeted diet on specific groups of individuals, or even on each individual, in order to compose with his genome and thus restore a situation normal health and well-being .

It is in the field of the prevention of diseases and metabolic disorders that the most important benefits of the application of nutrigenomics are expected .

This innovative approach gives interventions based on nutrigenomics a considerable advantage over pre-existing methods, in that the resulting nutritional recommendations will be in part adapted to the genetic and epigenetic background specific to each individual. In fact, studies show the interest in the concept of using genetic data in the development of personalized nutrition.. Many people currently seem willing to follow specific nutritional advice if it is based on scientific evidence, for the purposes of health, general well-being or performance. Nutrigenomic studies should also shed light on the vagueness that currently reigns over nutritional advice and daily recommendations.

Nutrigenomics could be a new weapon to treat some current health problems that mainstream nutritional science has been unable to tackle so far. Among these, the alarming progression of obesity in the world, or “pandesomy”, as well as the metabolic pathologies associated with it, such as diabetes, hypertension, and cardiovascular diseases.

For example, the general improvement in health behavior, achieved in recent years in Switzerland, has not prevented the progression of overweight and obesity in our country, which, according to a report by the Office Federal Statistics (FSO) published last October, reached 41% of the population in 2012. In particular, the proportion of obese people has almost doubled since 1992, mainly affecting 15–24 year olds.

It is currently considered that such a situation of energy imbalance is the result of a mismatch between our modern way of life, in particular the predominantly industrial diet and sedentary habits, and the “savings genome” inherited from our ancestors, optimized for millions of years to help build energy reserves in food insecure situations.

Currently highlighted by numerous studies, the role, in this equation, of the bacterial world that we harbor (the microbiota) is of paramount importance.

For example, we know that the dietof the first years of life, including whether an infant is breast-fed or not, is a determining factor in the composition of the human intestinal flora. On the other hand, long-term eating habits are believed to modulate this composition over the life course, exerting a considerable effect on interethnic differences in responses to food. This is because, on the one hand, certain components of the diet, including dietary fiber, serve as fuel for bacteria. Thus, the amount ingested can multiply a specific type of bacteria that use these components as fuel. In addition, bacteria are crucial players in the digestion of food and the absorption of nutrients.

Finally, they produce vitamins (vitamin K) and certain types of fatty acids (short chain fatty acids). Research is still underway to determine how the diet interacts with the intestinal flora. In particular, recent developments in technologies associated with genomics have led to the first revelations about the genetic material of the microbiota, which contains approximately 150 times more genes than our human genome and is commonly referred to as the metagenome. Alongside a core of common genes, it turns out that each individual contains their own “bacterial soup”. Extended to this broad view of the genome, nutrigenomics will therefore also allow us to study the differences in the composition of the microbiota according to populations, age, eating habits or metabolic dysfunctions or diseases.

The outcome of this research should allow the development of active ingredients that help maintain a healthy microbiota, such as probiotics and prebiotics, as well as their combinations. 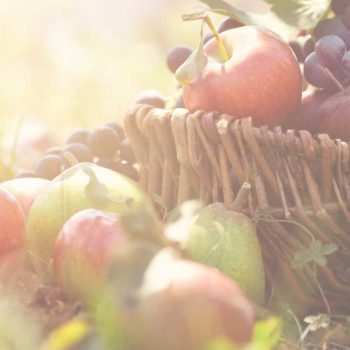